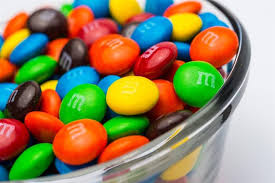 The great American rock band was well known for lots of chart-topping hits and sold-out concerts.

What does that have to do with your business?

At one point in the early 1980s there was nobody bigger than Van Halen. Those mega-tours come with semis full of gear and dozens of hands constructing massive stages.

It could be chaos.

That’s why Van Halen always had in their requirements at each stop that in their dressing room they wanted a big bowl of M&Ms.

Plus – and this was critical – there could be no brown M&Ms in the bowl.

Now, maybe you’ve heard this story in one form or another as an example of rock-n-roll excess gone mad.

Who asks for such a silly thing?

Cavier and champagne? Sure. But no brown M&Ms is just superstars being snobs.

It turns out there was a very good reason.

It goes back to the chaos.

If a huge concert is going to come off perfect night after night, city after city, there are thousands of little things that must go just right.

Van Halen knew this from experience. Over the years they built a checklist of everything that needed to be done before every show.

Buried in that list was one silly, little requirement that there be no brown M&Ms in the bowl.

When the band showed up at the venue, the first thing they checked was the M&M bowl.

No brown M&Ms meant the crew in that city paid attention to the details.

That meant they needed to double check everything to make sure it was up to their standards.

Now, I don’t think Eddie Van Halen was hanging from the girders working on the lighting, but it was the band’s way of making sure everything was done properly.

This story is such a good example of the importance of the SIDECAR Peak Performance Process system.

Preparation is critical in order to ensure a great patient experience every single time.

We teach the three P’s – Preparation, Performance and Polish.

Within the Preparation component is a set of checklists. It’s no different than the brown M&M story about Van Halen.

In my own office recently, I went to one room and all the Kleenex boxes were empty.

Why did I know that?

I had to grab a Kleenex because a patient was in a lot of pain and was in tears. I wanted to hand them a Kleenex but I didn’t have one on hand.

I went into the next room. The Kleenex box was empty.

It’s no different when we get on a plane. I doesn’t matter if the pilot is flying for the first time or for ten years.

They have a specific checklist they’re required to undergo before that plane takes off. Our offices should be exactly the same.

If you want to ensure great patient experience, honor people’s time, honor their money, get great clinical results and provide wonderful customer fulfillment, you need to put the time into the preparation process.

Pick out those brown M&Ms.