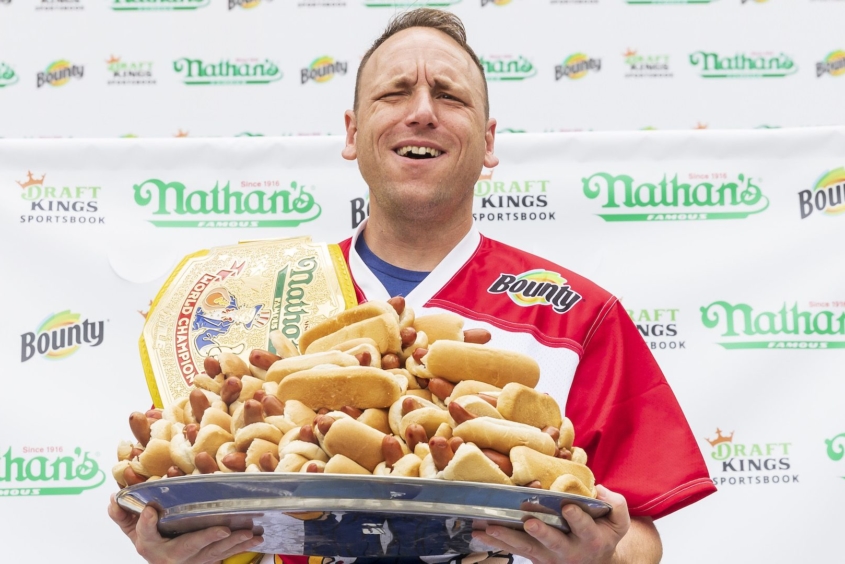 Joey Chestnut is the best competitive eater of all time.

That’s right competitive eating, as in who can eat the most of a particular food item in a given period of time.

Chestnut has excelled at eating everything from deep-fried asparagus to grilled cheese sandwiches. But the reason most people know his name is because of one thing – hot dogs.

His current world record is 76 hotdogs – with the bun – in 10 minutes.

If you can stomach it, you can check out some highlights here.

Furthermore, how does one even stumble upon the idea of eating that much food in that little time?

How can any human do that?

Well, while you and I tell ourselves we could never eat that many hotdogs. Joey Chestnut has never told himself that.

The human brain is the most powerful computer on the planet. Nothing is more marvelous, powerful, or useful than the human brain.

Self-limiting beliefs and behaviors are the self-imposed governor that we place on the engine of our mind.

David Goggins, a retired Navy SEAL, ultramarathoner, and author has coined a concept known as the “40 Percent Rule.” Essentially, it’s his belief that the average human only achieves about 40 percent of what their mind and body are truly capable of. Most people, when they think they’ve done and achieved their best are really only reaching about 40 percent of their innate capability.

So, where are we going with this?

What is limiting you?

At SIDECAR, we see people struggling with self-limiting beliefs every day. We hear things like:

As chiropractors, it’s our belief that the human brain and body are truly amazing and capable of self-healing when given the opportunity. Especially when all the nerves in your body are functioning at optimal levels.

It’s the same with our businesses. We can manage all the demands of business while still being an amazing doctor, dedicated to giving people a life free of pain.

SIDECAR helps you find that extra 60 percent of innate capability.

Joey Chestnut hasn’t set world records in competitive eating simply because he thinks he can do it. However, without that initial thought and belief that he could – he would have never even tried.

So, what’s holding you back?

If you’re tired of living with frustration and the pressure of running a business without enjoying the benefits?

Give us a call. We’ll schedule a time to discuss your goals. Then, we can discuss how you can achieve them.